New Art on the Site

I just posted a couple of new images to my website.

The first is a map based on the events of Alien and Aliens that took place on a moon called LV-426 and later called Acheron. I made it to look like a graphic used in a report by the infamous Weyland-Yutani Corporation who clearly knows more than the ever let on in the movies. 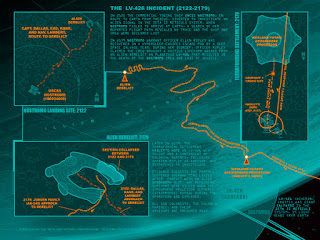 The second is a workup of an illustration idea I had a few years ago and finally just sat down and did it. The image is the remains of a starship of some sort but it has clearly been in space for some time. And yes, materials do corrode in space. NASA did an experiment during the Shuttle Era where they placed a satellite in orbit for years with palettes of various materials to see how they would fare in space. 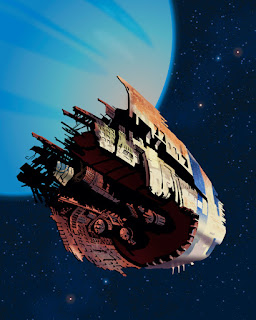 Take a look and please tell me what you think!

Chris Jouan
My illustrating career began at an early age on the walls of my New Jersey home. Along the way I have been a layout artist, musician, father, and husband. I've lived on both U.S. coasts, been through every state east of the Mississippi River (we tried to get my dad to stop in a few), walked on the bridge of Deep Space 9, and taught children the value of pursuing your dreams. I draw because, like breathing, I can't NOT do it.

ILLUSTRATOR - A graphic artist who specializes in enhancing writing by providing a visual representation that corresponds to the content of the associated text. -Wikipedia.